Justine Ellory has an important role at our group of luxury nursing homes. As Community Relationship Manager, Justine helps forge close ties within communities around its six nursing homes engaging with local people, professionals, groups and importantly with youngsters.

As part of her job, Justine has been helping to create awareness and understanding of dementia, recently talking to year 9 students at The Priory School in Shrewsbury in a virtual session with over 100 fourteen-year-olds as part of their Lifeskills module.

The session began with Justine introducing Morris Care, its values and how it cares for those living with dementia in a compassionate and positive way.  This included bringing to life what happens in later life and the facilities and insights the nursing home group has developed to help create the best environment and experience.

Justine began: “I found the pupils’ response both fascinating and encouraging – they were genuinely surprised when I explained that one in three of us is likely to develop dementia and that over a million of us will have dementia by 2030. So, understanding how to see the signs of early onset and how to respond to those in our communities living with it, is vital for us all.”

The pupils asked a number of erudite questions after the talk and Priory pupil Poppy Thorpe commented: “I really enjoyed the presentation and to have a guest speaker makes such a difference after Covid.”

One of the main points that resonated with Justine’s audience was the importance of kindness.

She continued: “One of the best ways to explain all the facets of dementia is to visually show how people may behave with the disease and the impact of some simple but effective measures.”

A video showed an elderly lady getting to a hospital for an appointment and the hurdles she had to get over, helping the children to second guess the anxieties she faced.  A second video featured a gentleman who had advanced dementia and who was transformed through music.  He had been a musician as a young man and when he listens to music it takes him to his happy place, so he can pick up a tune and sing along again feeling happy and calm.

“I think we were all moved by the real-life examples in the videos” Justine said. “Not just the tutors and the pupils – I felt emotional too!

“It is so uplifting to see how some interventions can bring about such a positive change for those living with dementia.”

Morris Care has developed its own bespoke philosophy of caring for those living with dementia focused on person centred care – seeing the person not the disease. Every single resident has their own bespoke care plan devised around their own life story with elements ranging medical support to help slow the disease, to talking therapies and cognitive stimulation.

Justine summed up the session: “I really hope it was helpful and stimulating and want to thank the pupils for being so receptive. When I began, I couldn’t believe that I was speaking to my old school – as I have very fond memories of studying at The Priory before leaving in 1999.

She continued: “I do hope that if I communicated one thing it would be that understanding and respect is fundamental to helping those living with dementia. After today many of these young people understand a little more.  A great outcome from my perspective.” 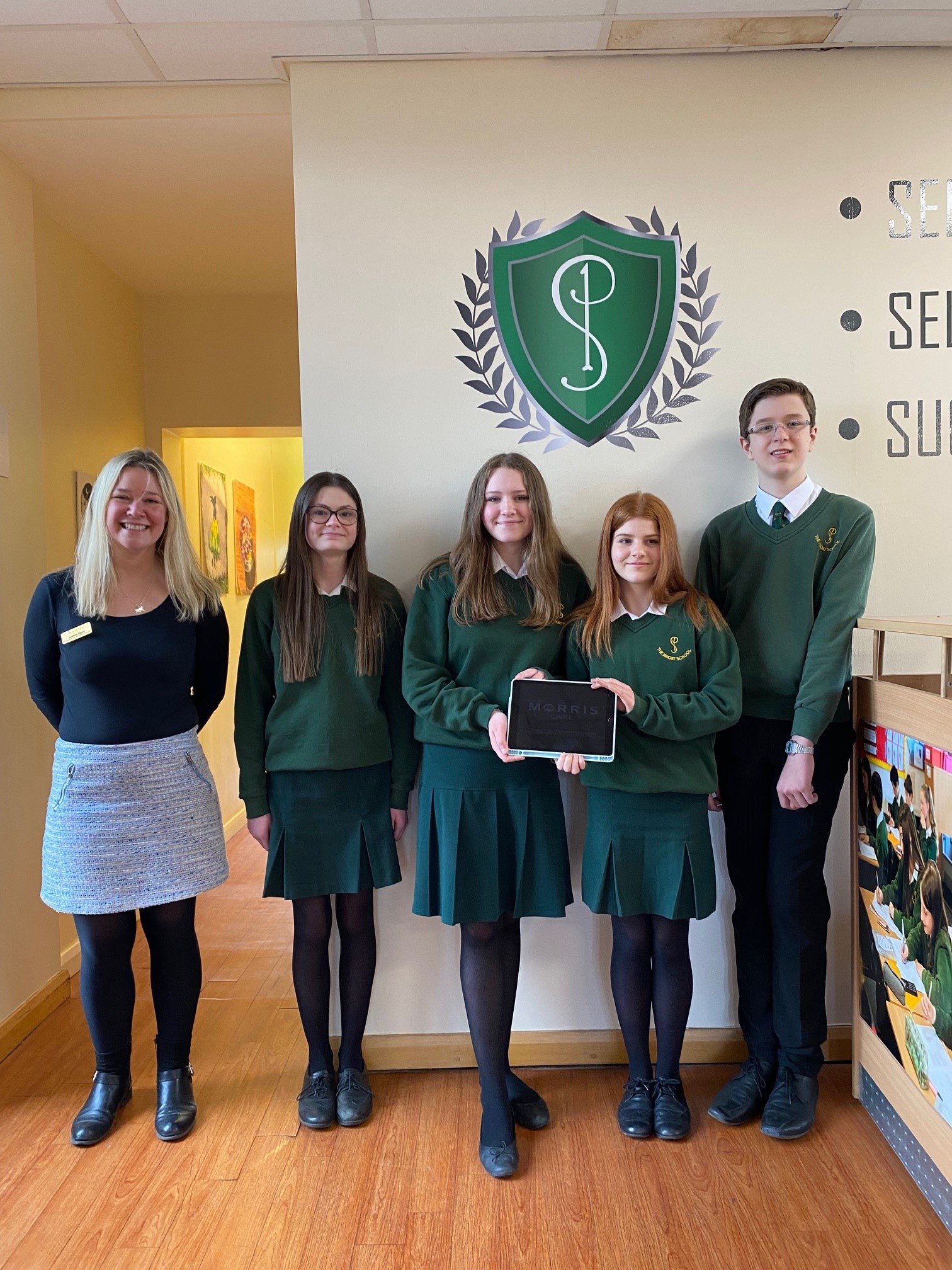