Veteran of World War Two and Radbrook care home resident Michael Burton, 96, has received the highest French distinction in recognition of his involvement in the liberation of France – the Légion d'Honneur.

Appointed by decree on the 15 May 2015, Mr Burton received a letter from the French Ambassador to the UK, Sylvie Bermann, thanking him for his efforts in the liberation of France during the Second World War and notifying him of his appointment. Mr Burton’s medal arrived with the letter and he entered the ranks of the Ordre national de la Légion d’Honneur as Chevalier.

The distinction was applied for via the Ministry of Defence by Mr Burton’s daughter, Ann, who said he was thrilled to receive the award after so many years. Ann said: “The award is something we can hand down through generations and my father’s history, and those of others, will always be remembered.”

Mr Burton landed at Arromanches beach, on D-day as a member of the 23 Advanced Base Workshop. Travelling from Benghazi, Libya, his team was deployed to provide support to Infantry Brigades of the 50th Northumbrian division, 30 corps. He helped clear the exit routes from Gold Beach, removing damaged tanks, lorries and other vehicular casualties.

Mr Burton joined the British army in 1939 during the transition from horse drawn guns to tanks and before D Day was also involved at Dunkirk where he was rescued by a Royal Navy destroyer from the beach. In 1943 he travelled to Alexandria, Egypt, with the 8th Army to repair vehicles.

Dawn Quinn, Nurse Manager at Radbrook care home, said: “We are so pleased for Mr Burton to have received this award in recognition of his bravery, it is wonderful to be able to share this part of his history and we take every opportunity to speak with him about his achievement.” 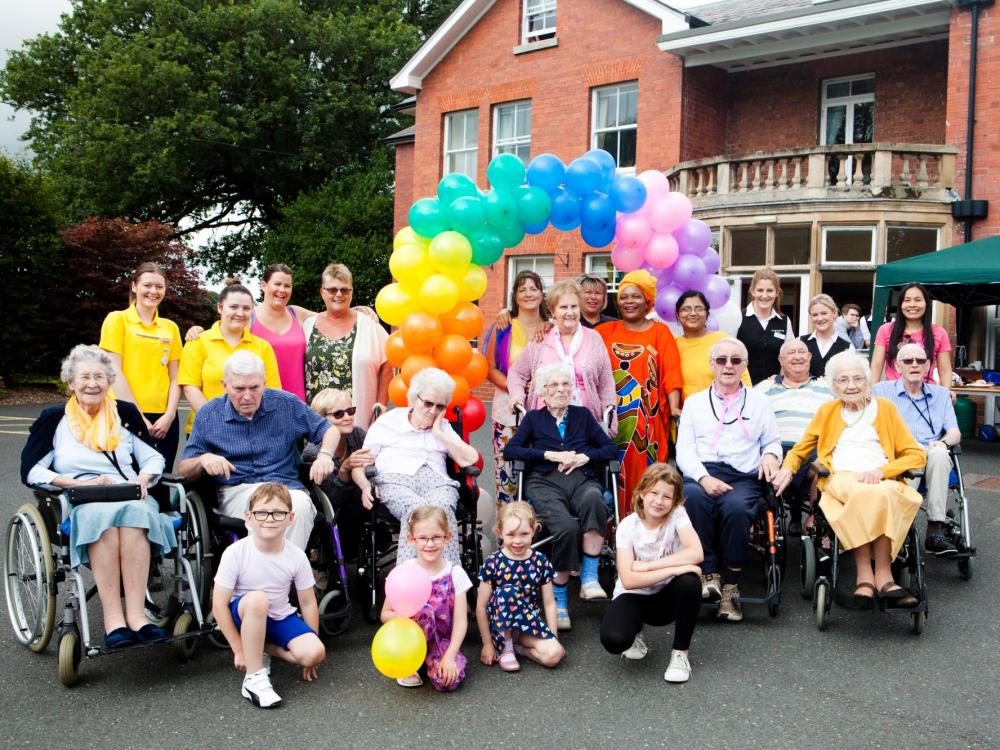