Friends and family gathered at Isle Court Nursing Home; where resident Margery celebrated her birthday with a delicious birthday tea prepared by Head Chef Paula. On offer was a selection of fresh sandwiches, mini quiches, sausage rolls, meat platters, cheese boards and mini prawn cocktails – the latter is a lasting firm favourite of Margery’s. Paula also surprised Margery with a delicious trio of birthday cakes, each shaped to form the number 100, which she was delighted with.

Margery’s two daughters Jill and Sandra were in attendance and enjoyed watching their mother open up her birthday presents, flowers and cards; including a very special one from Her Majesty The Queen. Although overwhelmed, Margery thanked everyone for their time and effort and joked that she “didn’t know what all the fuss was about”!

When asked what the secret to a long and happy life was, Margery responded with “good living and lots of fresh air”.

Claire Harris, General Manager at Isle Court, said “It was wonderful to be part of Margery’s 100th birthday celebrations with her friends and family. After such a tough year for care homes; events like these are great for lifting spirits and bringing smiles to faces. Everyone who attended was thrilled with the celebrations.”

Margery grew up in Morda, Oswestry and attended school in Traffonin. During WW2 she worked as a switchboard operator with the fire service; before marrying Jack Benbow, founder of Benbow Timber Merchants. The couple were happily married for 50 years and enjoyed travelling all over Europe together. In 1948; their first daughter Jill was born and then two years later, Sandra.

After having children, Margery became a house wife and became a founder member of the Lee Brockhurst Women’s Institute Group as well as becoming a warden for St Peter’s Church. 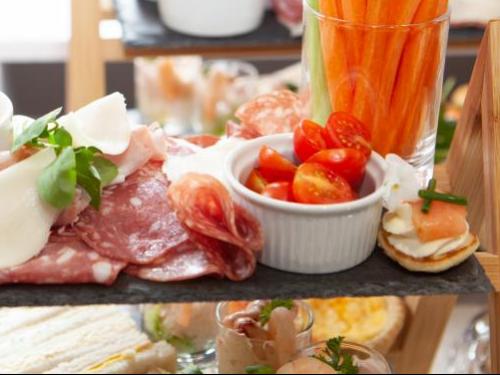 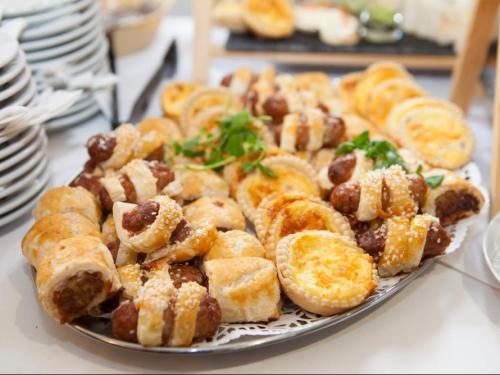 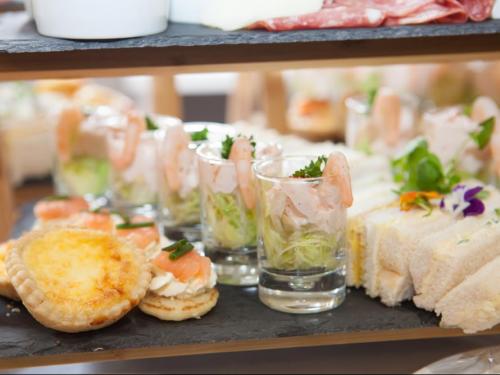 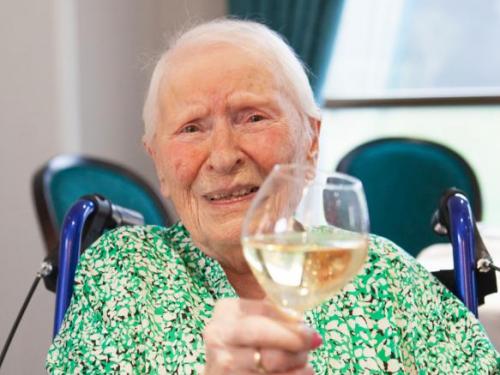 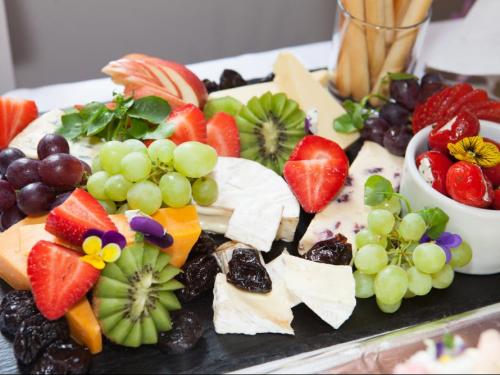 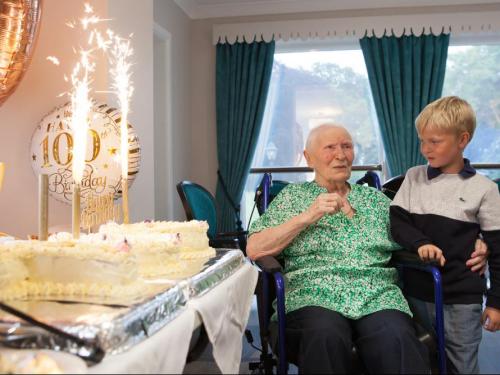