Morris Care, recently hosted Boreatton Cubs Group with honorary special guests and VIPs at one of its leading homes in Shrewsbury, to celebrate 100 years of scouting and the Queen’s 90th Birthday.

Isle Court Nursing Home in Bicton, Shrewsbury, welcomed the 22 Cubs along with the Mayor of Shrewsbury Ioan Jones and Richard Brett Chairman of Bicton Parish Council.

The special afternoon tea party was exclusively organised by the Cub group as it celebrated 100 years of scouting and aimed at encouraging interaction, engagement and involvement for the younger generation to meet and share memories with the residents.

The Cubs brought along bunting, board games and 100 fairy cakes which were all regally decorated and presented in British themed cases. Residents and VIP guests were also treated to musical performances including a guitar and flute solo by Alex Hamil and Emily Bramble, along with participating in a number of traditional and classic games including ‘Top Trumps’.

Jonathan Breese, Deputy Home Manager at Isle court said: “We were delighted to host the Cubs and their special guests who brought lots of energy and fun to the home for the evening. The residents also enjoyed having the opportunity to take part in a different social activity, spending time and sharing laughter and stories along with testing their mettle in the variety of games played with the Cubs,.”

“Having the chance to bring together generations from each end of the spectrum was a great way of equally teaching and learning from one another, which I for one thoroughly enjoyed witnessing and hope that we have the chance to do something similar again.”

The event is just one of many hosted throughout all Morris Care homes which has a full and varied social plan for its residents to help maintain independence and encourage social interaction between both residents and local community groups.

As an established family business, Morris Care proudly celebrates 25 years of clinical care and excellence across its six care homes within Shropshire and Cheshire. 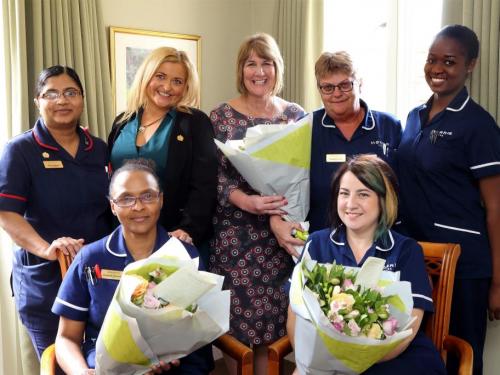 We’re featured in Her Majesty’s Official Platinum Jubilee Book
Oldbury Grange’s Right Royal Jubilee Knees Up
Tackling loneliness at Morris Care: #MentalHealthAwarenessWeek
Isle Court residents do like to be beside the seaside!
Up ↑